This visual project was produced for the 2007 edition of Atlantic Wave Festival in London, inside the Cronica Night line up (www.cronica.org).
The A/V performance was realized with the music of O.blaat, Ran Slavin and Vitor Joaquim.
The main audio from the stage was sended directly to Isadora’s audio-controller, while the three different audio sources of each performer, were converted in midi signals to obtain single visual real-time relation on the screen.
Each musician was rappresented visually by a circular object with lancets oscillating in polar coordinates.
In the final phases all objects became a sort of one pulsating clockwork. 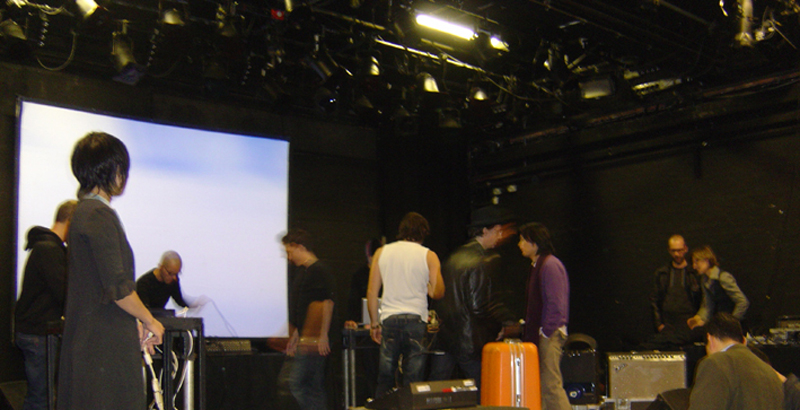